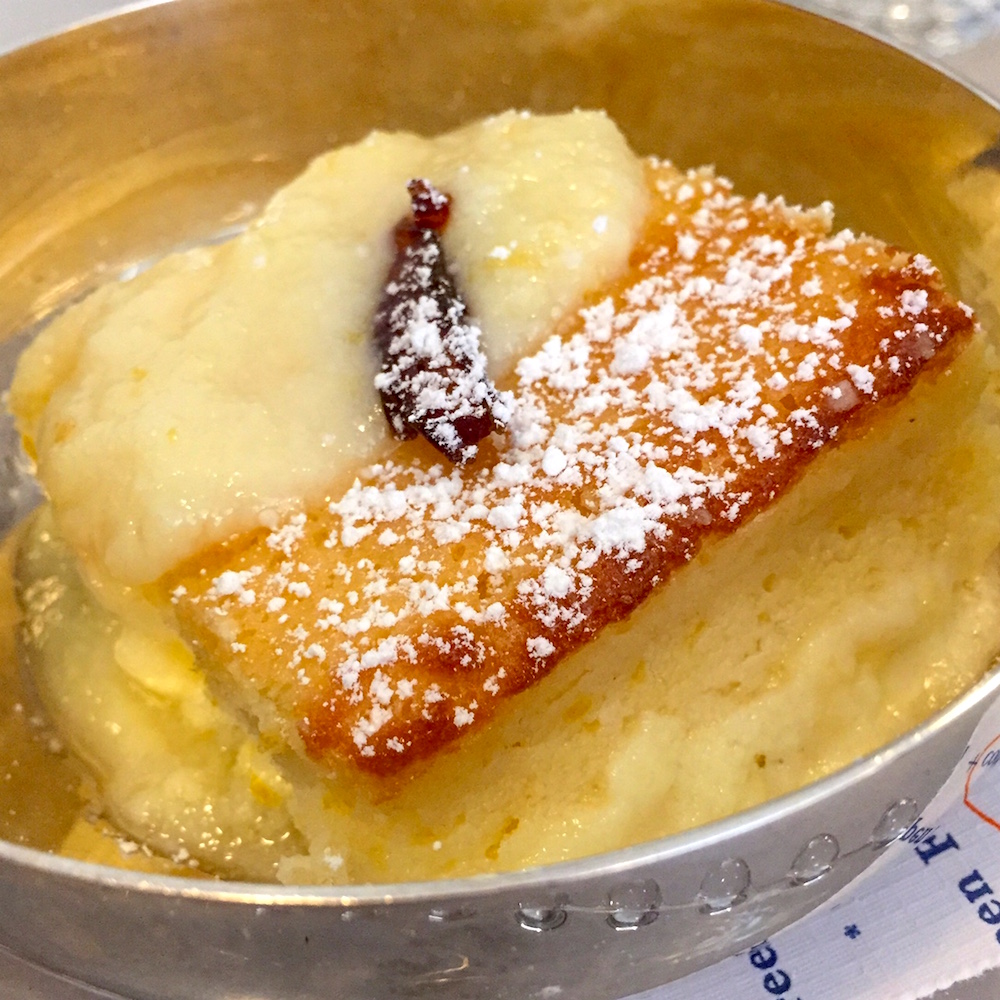 The magical Lemon-Soufflé Pudding Cake at Måurice in downtown Portland.

Earlier this week, Esquire published an article by Amanda Cohen, executive chef and owner of NYC’s Dirt Candy, one of the most influential vegetable-focused restaurants in the US. In the article, I’ve Worked in Food for 20 Years. Now You Finally Care About Female Chefs?, Cohen expresses anger and frustration at the media for this: “Women may not have value as chefs, but as victims we’re finally interesting!”

She talks about the media (AKA food writers, like myself) and their history of recognizing/publicizing women chefs primarily when they make certain lists and are mentioned in certain publications—e.g., Michelin guide, James Beard Awards—or victims, like those connected to the sexual harassment allegations against NOLA restauranteur John Besh. Of course she supports women in food coming forward and telling their stories of abuse, but she wants the press to point their attention toward women chefs apart from yearly lists and stories of abuse. Women chefs and restauranteurs deserve better—they are doing great work and preparing excellent food.

At the end of the article, Cohen provides a list of female chefs in NYC and it got me thinking—who and where are the female chefs here in Portland? Two articles published last March are useful resources: Portland Monthly’s 34 Women-Run Portland Restaurants We Love and Drink Portland’s Visit One of Portland’s Many Female Owned Bars and Restaurants. These are a good place to start.

I’m happy to say that I’ve been to some of the restaurants on the PoMo list (I’m not a big drinker so I’m a little behind on the local bar scene), and I look forward to trying others—for instance, Lovely’s Fifty Fifty has been on my list for ages. Here are some stories and the dishes I’ve enjoyed from these women chefs/bakers/entrepreneurs:

Bakeshop | Kim Boyce. I get to enjoy Bakeshop’s pastries at my local cafe, Rust Coffee Lounge. I remember shortly after I first moved to Portland I bought a latte and an almond croissant there, which seemed huge, but I ate it all. It was sweet and buttery with a gentle and satisfying almond flavor—a balm for my stressed out inner New Yorker. Since then two other products I’ve added to my repertoire of favorites are the Candied Coconut Muffin and Chocolate Orange Pecan Scone. bakeshoppdx.com, various locations

Broth Bar | Tressa Yellig. Back in the summer I stopped over at Broth Bar to try their Summer Collage Coolers—delightful fresh-pressed juices with collagen peptides added (I now add collagen peptides to my morning smoothies). It was fun to speak with owner Tressa Yellig and get her take on traditional and nutrient-dense food, which has been a deeper interest of mine over the years (I was a participant in the raw milk subculture in NYC). Now that it’s cooling down, I look forward to diving into some of her nourishing broths. saltfireandtime.com, 115 NE 6th Ave, Portland

Coquine | Katy Millard. I made my first visit to Coquine last month, and I loved my meal—plus it was a chance to catch up with my friend Judith of Eaty Pie. I chose the lunch for one, which includes salad (carrot salad), soup (tomato soup), sandwich (broccoli sandwich), and their famous chocolate chip cookie. All were beautiful to look at, delicious, and I was particularly taken with the broccoli sandwich—the only other time I’ve seen a sandwich featuring broccoli was a No. 7 Sub in Manhattan, and that experience set it up in my mind that a broccoli sandwich is legit. The carrot salad was vibrant and flavorful, too. The whole meal was a real treat. coquinepdx.com, 6839 SE Belmont Street, Portland

Måurice | Kristen D. Murray. I was intrigued by this little “pastry luncheonette” from the first time I read about it back in NYC. I’ve had a variety of things at Måurice, but their lemon-soufflé pudding cake is the dish that sticks out prominently in my memory. Its taste and texture were somewhat at odds with each other—a gentle cake with an intense lemon flavor—but marry together just right. I always feel like I’m on vacation whenever I eat there. mauricepdx.com, 921 SW Oak Street, Portland

Suzette Creperie | Jehnee Rains. Eating here originally was a fluke because it wasn’t planned—another place we wanted to eat at was closed so we ended up here, and it was the most beautiful chance meeting. On the one hand, everything we ate was superb; on the other hand, they’ve spoiled me for anyone else’s Quiche Lorraine. I can’t wait to taste more. suzettepdx.com, 3342 SE Belmont Street, Portland

Vivienne | Robin Wheelright. This spot isn’t on the PoMo list, but it’s on mine. This sweet little breakfast and lunch spot in the Hollywood District offers a small but thoughtful menu, but it’s the specials each day that are what usually catch my attention. Over the summer I had griddled bread pudding topped with a bunch of seasonal fruits and it was lovely; more recently I had one of their tasty scones; and I love their use of Extracto coffee, too. I like the place so much I went there for my most recent birthday breakfast, too. I’m looking forward to them expanding their hours into the evening; a little bird told me that will happen around Thanksgiving. viviennepdx.com, 4128 NE Sandy Blvd, Portland

Xico | Kelly Myers. For whatever reason, I didn’t get that Xico was a “nice” Portland restaurant—definitely more upscale than I was expecting, but nobody gave us the stink eye or bad attitude that we weren’t affluent folk. We sat out in the back patio, the weather was comfortable, and we had a lovely meal. I still remember my fish dish fondly. And I recently learned about their Monday Dinner for Two for $22, which is a serious deal for a place that serves such excellent food.

So who else should we know about, apart from these two lists? Leave a comment with the details.

Bridgetown Bites is written by Meg Cotner, a food loving freelance writer, editor and published author in Portland, OR.

5 Replies to “Food Writers and Women Chefs in Portland – Eat Their Delicious Food, Then Write About It”

This site uses Akismet to reduce spam. Learn how your comment data is processed. 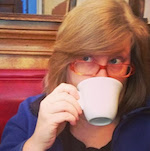 Bridgetown Bites is written by Meg Cotner, a food writer, freelance editor and published author in Portland, OR. Read more about this blog, here.

Our weekly roundup of interesting food and beverage events in the Portland Metro area.